You know that plumber who lives on your street and drives the beat up pickup truck? He’s much more likely to be a millionaire than the executive next door driving the BMW.

Don’t believe me? Well that was a common theme found in The Millionaire Next Door:The Surprising Secrets of America’s Wealthy by William Danko and Thomas Stanley.

The authors surveyed thousands of real millionaires and their answers revealed many surprising lessons, such as:

People who look rich may not actually be rich.

They spend more than they can afford on symbols of wealth but have modest portfolios. Some have no savings at all and are heavily straddled with debt.

The authors point out that cars are the second biggest material expense in our lifetime.

If you add up all the money you’ve spent on cars over the years it can be really eye-opening.

Even if you’re young, the amount you’ve spent on cars compared to how much money you’ve earned is usually pretty high.

According to their survey results, most real millionaires buy a nice car, like an Acura or Lexus. They buy it with cash, or make payments until they own it, and ultimately hold on to the car for at least a decade.

Forbes backs this up, stating 61% of those earning at least $250,000 a year are driving Honda, Toyota, Acura and Volkswagens.

3. They save and consistently invest.

In America, our average household savings rate dipped into the negative in 2005, for the first time since the Great Depression. The savings rate has improved but is still only 5% currently.

Which brings us back to your original question; What are the secrets only the wealthy now and the middle class is unaware of?

Now, we all know saving money to acquire wealth is not a secret. But clearly this is an area the middle class can improve in

Compare that negative savings rate to that of the average millionaire, who invests nearly 20% of their income.

In its simplest form, that’s really all wealth is; earning more than you spend and investing the difference — consistently.

Consistently investing means you are fully capitalizing on compounding interest.

It means you are turning small contributions into large sums over time.

4. They adhere to a budget.

The majority of millionaires stick to a budget.

Even among those who don’t budget, they pay themselves first with money directly to their savings and investment accounts. They then work from the remaining funds.

But the majority do take the time to budget, even if they don’t want to, because the know the long-term benefits first-hand.

5. They spend a lot of time managing their money.

The wealthy spend a lot of time budgeting, goal setting and managing their portfolios.

According to Danko and Stanley, the wealthy spend nearly twice as many hours per month managing their finances as those without wealth.

You don’t have to earn a big six-figure salary to accumulate wealth, as long as you plan for it.

In their survey of 854 middle-income workers, the authors found a strong correlation between investment planning and wealth accumulation citing; “Most prodigious accumulators of wealth have a regimented planning schedule. Each week, each month, each year, they plan their investments.”

6. They own their own business or work for themselves.

Not everyone that gets rich owns their own businesses.

But in The Millionaire Next Door, they discovered a lot of folks who ran their own service businesses such as landscapers, plumbers, electricians, commercial cleaners and so on.

One of the key takeaways of this book for me is many millionaires attributed their dedication to financial planning as a requirement of doing business.

Because their business finances and personal finances are so closely intertwined, they really have no choice but to consistently examine their finances in order to survive — and thrive.

There’s many more lessons in the book but I wanted to mention some of the biggest takeaways for me.

I initially read The Millionaire Next Door around the year 2000.  I don’t remember the exact year.  But it was very impactful in my life, so much so that I’ve read it several times since then.

It’s a mindset book as much as it’s a nuts-and-bolts how-to book.  Much of the advice is tried and true stuff your parents or grandparents would tell you.   You’d be wise to listen to it, as tried-and-true tactics provide the best template to follow for proven success.

At the same time, the data from their surveys also uncovers many surprising similarities among millionaires.   Tendencies and habits that challenge conventional wisdom and make you rethink your employment, lifestyle and personal finance decisions.

It’s definitely one of my favorite personal finance books, which is why I wanted to share the lessons I’ve learned from it here.

The Millionaire Next Door is a must-read, no matter where you are in your personal finance journey.  It really provides the proper mindset needed to successfully manage your money.

It sets the right foundation for your money goals.  When you see the common habits of hundreds of millionaires, along with the logic behind those habits, it’s becomes painfully obvious the personal choices you need to make to become a millionaire yourself, or at least improve your personal finances significantly.

Have you read The Millionaire Next Door?  What is the biggest lesson you learned from reading it?

Let Us Put Dollars in Your Pocket

Did you enjoy what you just read? Cool, then get more in your inbox.

You'll get content designed to put dollars in your pocket, making and saving more money and alerting you to freebies from popular brands. Get started now… 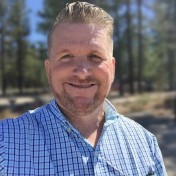 Tim Maxwell is a freelance finance writer and credit card expert with over two decades of experience in the media. He has worked for major media companies such as NBC/Universal and 20th Century Fox.

Tim is passionate about financial literacy and empowering people to take control of their finances. A former television news journalist, his work is now featured on websites like USA Today, SF Gate, ScoreSense and Incomist.